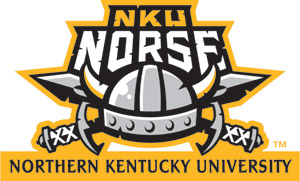 Northern Kentucky University rode an outstanding performance from Great Lakes Valley Conference pitcher of the year Kevin Jordan to a 2-1 win over Wayne State in its first-round game of the NCAA Division II Midwest Regional Tournament. Jordan, a senior left-handed pitcher, hurled a complete game, surrendered one unearned run on six hits and struck out struck out five while walking none.

The Norse scored one run in the first inning on a RBI single from senior first baseman Evan McDole and plated its second run in the sixth on a RBI single from junior third baseman Shannon McCormick. NKU tallied just four hits in the game, though McDole was 1-1 with a RBI, run scored and a walk. The win improved Jordan to 8-3 on the season. The Norse will face No. 2 seed Grand Valley State at 8 p.m. Friday. (Box Score)