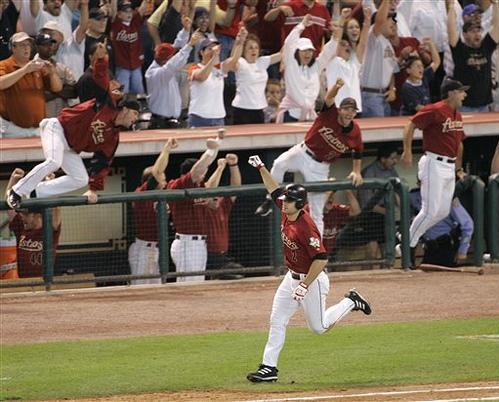 Louisville native and St. Xavier High School alum Chris Burke is contemplating retirement after being released by the Cincinnati Reds, Michael Grant of the Courier-Journal reports. Burke had spent all of 2010 with the Louisville Bats. The 30-year-old outfielder is perhaps most famous for his game-winning home run, above, in the bottom of the 18th inning of game four of the 2005 National League Division Series. The victory clinched the series win for the Houston Astros. Burke told Grant he has been contacted by several Major League teams but would only consider continuing to play if he had a chance for a MLB callup this season. (Read more)