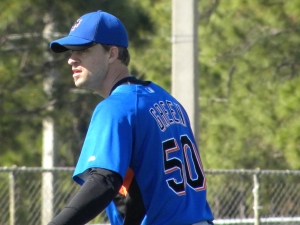 Kentucky baseball gained another free agent on Thursday after the New York Mets non-tendered former Male High School and UofL right-handed pitcher Sean Green. The right-handed reliever had no decisions and a 3.86 ERA in 11 games in his injury-shortened 2010 season. The decision was first reported by Adam Rubin of ESPN New York. Green was drafted by the Colorado Rockies in the 12th round of the 2000 MLB draft out of UofL. He made his MLB debut on May 2, 2006, and is 10-11 with a 4.36 ERA and 196 strikeouts in 258 innings over his five-season career.

Green blamed the Mets decision to convert him to a submarine-style pitcher during Spring Training last season as the reason for a stress fracture in his rib that cost him most of the 2010 season, Rubin reports. Green made one appearance with the Mets in April before being placed on the disabled list. He didn’t return to the team until September after making 24 appearances in the minor leagues. (Read more)