Over the past few weeks BluGrass Baseball has been counting down the top 25 Kentucky collegians in advance of the 2011 college baseball season. As with any list of this kind there are plenty of arguments to be made about players who you think were too high, too low, incorrectly left off the list or incorrectly included on it. I’m sure you have plenty of arguments of your own but I’ve included some of the arguments I think could be made below: 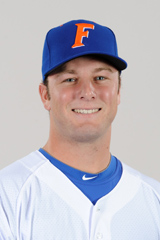 Most glaring omission — Lexington Catholic High School alum Nick Maronde is undoubtedly one of the top 2011 draft prospects among Kentucky collegians, but his undefined role on the University of Florida pitching staff and mixed performance during his first two seasons on campus kept him off the list. Maronde, a left-handed pitcher, is 5-1 with a 4.93 ERA in his collegiate career but will likely pitch in middle relief for the No. 1 Gators this season. If Maronde pitched on any of other team he might be an important weekend starting pitcher or closer, but as a middle reliever I didn’t find room for him on the list.

Biggest stretch — If we were hosting a fantasy draft of Kentucky collegians Georgetown College outfielder Tyler Fisher most likely goes nowhere near the top 25, but his summer league performance led me to included him as the last player in the top 25 if for no other reason than to give some notoriety to a small-college player.

Performance versus talent — This list tended to value college performance over talent, but in a few cases I did give a players MLB draft prospect status added weight. The two most obvious cases of this dilemma came with UK junior right-handed pitcher Alex Meyer and UofL junior right-handed pitcher Tony Zych. Neither player’s 2010 statistics warrant inclusion in the top six players, but Meyer and Zych rank as the top two draft prospects in the state. If either player lives up to his potential in 2011, the duo could climb to the top of this list.