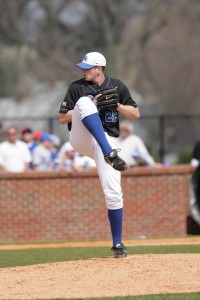 Check out the first daily summary of Kentucky MiLB action below. Links take you to the player’s MiLB.com page:

We are a couple of days late with our look back at Kentucky baseball in 2010, but hopefully you can spare one more retrospective with this look at the year’s best highlight from each level of baseball in the Bluegrass State.

END_OF_DOCUMENT_TOKEN_TO_BE_REPLACED

In the fourth August awards post we’ll look at the month’s best performances from alumni of Kentucky schools and those born in the state from around Minor League Baseball:

Hitter of the month: OF Jake Shaffer (High  Desert Mavericks)